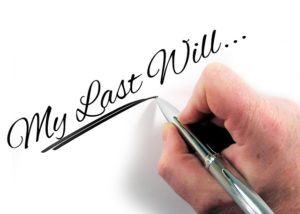 Musician, DJ and record producer, Avicii died on 20th April 2018 after reportedly taking his own life.  Despite being just 28 at the time of his death, the Swedish electronic dance artist, whose real name was Tim Bergling, left behind an incredible legacy through his musical career and charitable gifts, and a sizeable estate, reportedly worth £20 million.

He was best known for his popular song, Wake Me Up, which topped the music charts in 22 countries worldwide. His debut album True also reached the top ten in more than 15 countries. He won two grammy awards and worked with some of the biggest musical stars including Robbie Williams, David Guetta, Rita Ora, and Björn Ulvaeus and Benny Andersson of ABBA.

Despite his fame and fortune, Avicii was not motivated by money and was publicly known for his charitable nature, giving millions away during his lifetime.

Details of Avicii’s estate have now been revealed and it highlights an important lesson for all of us: He had not created a Will before his untimely death, so his estate must now be distributed following intestacy rules.

This means that his parents will inherit all of his estate, regardless of his wishes. But we will never know if he would have instead wanted to give some or all of his money to the charities closest to his heart? Or to any other family members or friends?

This highlights how important it is to create a Will to ensure your wishes are heard.

Surprisingly, only 24% of adults under the age of 35 have a Will in comparison to 75% of adults over the age of 55. This proves that for the many millennials without a Will their wishes may not be followed if they were to die intestate. This shows that, regardless of age or wealth, it is so important to take the time to create a Will to ensure assets are in protected in the event of death.

If he had made a Will Avicii could have avoided any uncertainty surrounding his wishes and maximised the estate value by minimising the tax bill.

Keeping a Will is the only way to ensure you retain control of your decisions and your estate is distributed in a way that reflects your wishes.

If you have any questions regarding Wills and estate administration, call us now on 01299 251442.